Most people believe that once they misuse one substance, they’ll start misusing others. This is particularly true when a person starts off misusing a gateway drug.

What Is a Gateway Drug?

Certain substances are gateway drugs because they alter neural pathways in the brain. As a result, the use of such substances, especially at an early age, can increase the likelihood that a person will develop addictive behaviors to other substances.

The Science Behind Gateway Drugs 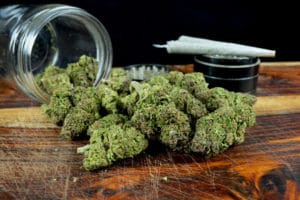 Many studies show that when individuals use marijuana, they contain a high chance of also using other substances later on. In fact, numerous animal studies showed that when rodents received marijuana, it changed numerous neuropathways in their brains. It also increased the likelihood that the rodents would develop other addictions.

Even long-term studies that span as long as 25 years say that there is a correlation between marijuana drug use and later use of other substances. On top of that, a 2015 study in the International Journal of Drug Policy found that 44.7% of a 6,600-person group that had only smoked marijuana before later used another substance. Although this may not seem significant, 44.7% is a way higher chance of use of other drug use than normal.

Effects of Marijuana Use

Marijuana use causes people to feel euphoric and relaxed. Other effects include an altered perception of time, an increased appetite, and heightened sensory perception.

Some people may even experience anxiety, panic, and distrust when using too much marijuana.

Extremely large doses of marijuana can lead to the development of acute psychosis. This includes hallucinations, delusions, and a lost sense of personal identity.

Substances that people tend to use after marijuana use include cocaine, ecstasy, and heroin. Like most common gateway drugs, the use of marijuana can lead to the desire to use such harder illegal substances. This is because people that use marijuana soon develop a tolerance for the substance. This then makes them crave harder substances so that they can still get high.

This is especially the case when it comes to the desire to use heroin after using marijuana. In fact, according to the Center for Disease Control and Prevention, marijuana users are three times more likely to eventually use heroin than people that don’t use marijuana.

When people use gateway drugs such as marijuana at a young age, it only increases the chance that they’ll later misuse other substances later on. This is evident when it comes to the behaviors of teens that use marijuana.

Another study done by the Journal of the American Medical Association states that people who use marijuana by age 17 are two to five times more likely to misuse other substances later on in life than those who didn’t use marijuana. Studies such as these only further prove the gateway drug theory. This is especially the case with the Journal of the American Medical Association study. This is because the study stated that environmental factors had little impact on the study’s results. 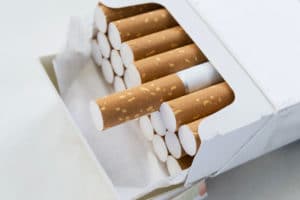 According to a study published in 1997 in the Journal of School Health, there are several different factors that make nicotine a gateway drug. One factor is the fact that using nicotine generalizes other drugs. The fact that the biological changes that nicotine causes are very similar to that of other substances is another factor. There are also many social and health factors that make nicotine a great gateway drug.

When people consume nicotine through tobacco, it creates more dopamine for the brain to use. Dopamine is the chemical in the brain that people associate with pleasure. That’s why so many people need medication or a patch just to help them stop using nicotine and tobacco.

Illicit Substances That People Tend to Use After Misusing Nicotine/Tobacco

In a 2011 Science Translational Medicine study, researchers gave rodents water laced with nicotine. As a result, the rodents later developed an enhanced response to cocaine. In fact, in this study, researchers found that the levels of a gene in the rodent brain that’s associated with cocaine addiction, FosB, increased with nicotine use. Other substances that people who use nicotine are more likely to later use include heroin and one of the other gateway drugs, marijuana. 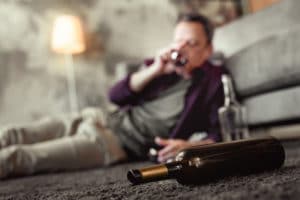 According to Substance Abuse and Mental Health Services Administration (SAMHSA) data, in 2015, 15.7 million of the 20.8 million people that suffered from a substance use disorder, suffered from an alcohol use disorder. Alcohol use disorders are especially popular amongst teens and young adults. In fact, according to the National Institutes of Health, young adults between the ages of 18-24 are more likely to suffer from a co-occurring disorder that involves alcoholism than older adults.

It’s easier for a substance such as alcohol to alter underdeveloped brains. Therefore, individuals that misuse alcohol at young ages are more likely to later struggle with illicit substance use. This is especially the case since alcohol is so accessible.

The consumption of alcohol at a young age causing young people to later use illicit substances more often further proves that alcohol is a gateway drug. Evidence that alcohol is a gateway drug, especially for young people, is also evident in data from the large and ongoing Monitoring the Future Project surveys. Within these surveys, 50,000 students in grades 6, 8, 10, and 12 were asked about their history with drug use.

Effects of Alcohol Use

Illicit Substances That People Tend to Use After Misusing Alcohol

A University of Florida study even found that young adult college students that drank alcohol were 16 times more likely to later use harder illicit substances like cocaine and meth than those that didn’t drink. This study proves that alcohol is a gateway drug to the use of other substances. Specific illicit substances that people tend to use after drinking alcohol include cocaine, heroin, opioids, and marijuana.

We here at Grace Land Recovery understand how impactful a gateway drug can be. That’s why we provide addiction treatment programs that are specialized by gateway drugs and the harder substances that they’re linked to.

Our addiction therapies range from standard individual therapy and group therapy to anger management therapy, experiential therapy, trauma therapy, and more. To learn more about the various addiction treatment programs, therapies, and services that we offer here at Grace Land Recovery, contact us today! We would love to help you overcome your addiction permanently.