Perhaps the question is not “should you,” but “can you” drink alcohol safely. It is generally accepted, although research indicates that if you become addicted to a substance that makes your life unmanageable, you are at high risk to develop dependence, abuse, or addiction to other substances. Nevertheless, the question continues to be asked, “I’ve never had a problem with alcohol. Should recovering drug addicts drink alcohol?” 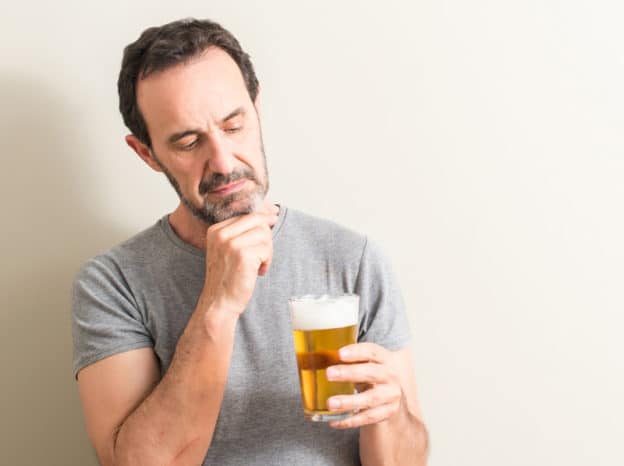 When it comes to answering the question, should recovering drug addicts drink alcohol, the answer depends on what “okay” means. You need to consider these factors before answering that question.

It’s strange that professionally and in research, people still make a distinction between alcohol and drugs. There is no scientific reason to separate alcohol from all other substances.  The illusion is also clear in the similar distinction between medications and drugs. In fact, all mood-altering substances are capable of doing damage. This is another reason why the answer to the question, should recovering drug addicts drink alcohol may likely be no.

Occasionally, the obvious is overlooked. Alcohol is dangerous when combined with other drugs. Notably, using benzodiazepines (Ativan, Xanax, Valium, and others) and alcohol together is likely to cause substantially amplified effects. It has the potential to be lethal.

Manageability is essential to the life of a person in recovery. If the goal is to drink in moderation, then individuals need to consider how many aspects of their life are at a happy medium. If you aren’t able to do moderation in your close relationships, careers, or managing your daily life, then drinking in moderation is more of an illusion than anything else.

It is worth it to consider what amount of alcohol is moderate to you and what your motives are as well. You need to consider:

You put yourself in jeopardy when you drink to:

You should talk this over with loved ones and others close to you. Not only to consider your motives but also to find out how they feel about your drinking and what they may be concerned about.

What Is Your Limit? 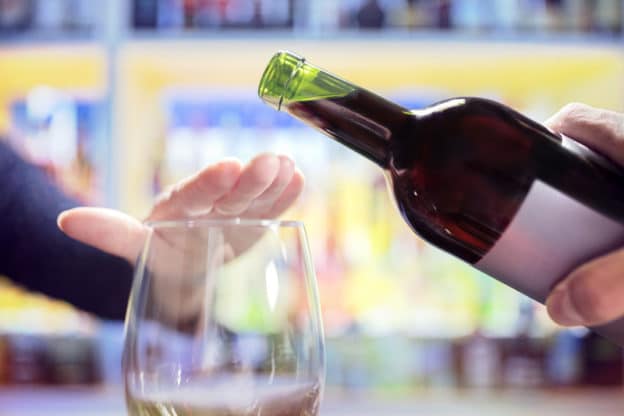 Other people in recovery are the best sounding board because they immediately recognize when you’re rationalizing. It is obvious in the language being used.

Red flags when it comes to the verbiage you use to describe your limits include:

The object of language like this is to leave the door open, so to speak. Unfortunately, responsibility doesn’t work this way. If the door to use substances is left open, the substance use disorder will reappear.

Accountability hangs on being specific. So be prepared to consider answering the following questions:

Recording in a journal the amount you drink, how often you drink, and why you choose to drink is an effective safeguard. Otherwise, one or two drinks become two or three, which can easily become four or five. To quote Guns & Roses (an 80s and 90s rock group), “I used to do a little but the little didn’t do so the little got more and more.”

The greatest risk in using alcohol is that after even just one drink, you may find yourself craving your primary drug of choice. If this happens even just once, then the risk of drinking is too great.

Alcohol tends to reduce inhibitions without regard for whether the inhibition is a healthy one or an unhealthy one. The fear of relapse is healthy and should not be altered by alcohol.

Can You Do It?

Drinking alcohol can reduce inhibitions and lead to feelings of reward that people with SUDs are familiar with. This can increase their craving for their drug of choice.

Recovering addicts might increase their drinking to make up for the absence of their primary drug. This is an attempt to substitute one drug for another to solve the original purpose of their drug use. For example, you may be depressed and use cocaine to ease the depression, then you may begin using alcohol to meet that purpose.

Both theories were investigated and the results showed that there is more support for the drinking-induced relapse theory.  This means that drinking alcohol is associated with more use of the primary drug and a higher likelihood of relapse.

What This Means for Individuals and Families

For individuals and families pursuing recovery:

This statement resounds with people in 12-step recovery where addiction is typically experienced as a chronic, relapsing disorder. Still, research that followed heavy drinkers and drug users over time found that most people who met the standards used to define addiction at one time in their lives no longer did later in life. And that most recovered without attending meetings or treatment.

Even more, conflicting with popular beliefs, is that many of these people solved their problems with moderation rather than abstinence. Examples are former heroin addicts who drink without getting drunk and occasionally smoke marijuana.

Some people might say that people who recover from substance addictions on their own weren’t “real addicts” in the first place. But the course of any person’s addiction and recovery are completely unpredictable.

Some of the people who seem to be the deepest into addiction are able to turn it around completely without help. Likewise, there are some people whose addictions seem less severe who are never able to get better. Although a more severe addiction is linked to a reduced ability to moderate use successfully, the relationship between the two is far from certain.

One of the problems with the “once an addict…” theory is that some treatment centers promote a “one-size-fits-all” addiction treatment approach. Evidence shows that there is a full range of people suffering from addiction problems though. Thus, experts who cling to a false assumption can be a problem themselves.

2. “Hitting bottom must occur to suffer from an addiction”

Similar to the previous myth, some people believe that recovery is only possible if an addict reaches an extreme low. An unparalleled level of self-destruction. This belief is a staple of 12-step meeting stories that emphasize “bottoming out” as the motivation to quit. Plus, this is the belief that many people have of their experiences. But, like the belief that addicts can never moderate or quit without treatment, the idea of the “bottom” can only be defined by looking backward, however terrible it can be to live through the lows.

If an individual reaches a low point, then quits for several years, and then relapses, that person develops a new “bottom” when he or she returns to recovery. This, in turn, cancels out the previous story about hitting rock bottom.

For a chronic relapser, continually hitting bottoms, the idea that recovery starts after hitting the lowest point becomes ridiculous. The lowest low no longer is connected with any recognizable starting point of a real recovery.

Can a Recovering Drug Addict Drink Alcohol? Should They?

According to the Journal of American Medical Association, rates of relapse for substance use disorders are 40-60%. Those rates vary by drug of choice, stage of disease, and whether or not people suffer from co-occurring disorders. What these rates also show is that 40-60% of people in long-term recovery will not relapse. Therefore, a SUD is a chronic disease and, like most chronic diseases, it is unique to each person with one.

Getting Treatment for a Substance Use Disorder at Graceland Recovery

Have you tried stopping your drug use on your own? We bet you have. Maybe you are waiting to hit bottom. We here at Grace Land for Recovery are here to advise you to not do that as the bottom to a person’s journey with addiction keeps getting deeper the longer that person waits to get help.

At Graceland, we can create an addiction treatment program that’s specific to you and your situation. Our addiction specialists have seen it all, and some have been through it all.

We know that one-size-does-not-fit-all when it comes to addiction and recovery. This is why we treat the whole patient: body, mind, and spirit.

Contact us now to learn more about how we here at Grace Land Recovery can help you create the addiction treatment program that’s best for you. Why take chances with your life when you can make the first step towards recovery today?!