What is Bipolar Disorder?

Bipolar disorder is a mental illness that’s characterized by severe mood swings. These mood swings cause individuals to go back and forth between experiencing manic highs and depressive lows at random times. 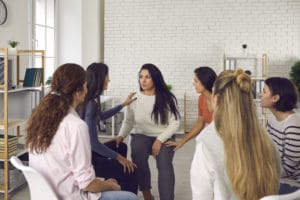 Many people are more susceptible to developing certain mental illnesses and conditions due to their genetic history. For example, if an individual has numerous people in his or her family history that have suffered from bipolar disorder, it is more likely that that person will develop bipolar disorder. This is especially true if that person also experiences other factors that can trigger the development of bipolar disorder.

Trauma is another likely cause of bipolar disorder. This is because experiencing trauma affects people mentally in a way that can trigger mental illness. The fact that bipolar disorder often develops in people later on in life when they are already adolescents or young adults is an indicator that influences such as trauma can be what triggers the development of the mental illness bipolar disorder.

This is especially true if the person is already genetically inclined to develop bipolar disorder or the trauma that the person has experienced has already had mental effects on him or her. This just goes to show how easy it is for bipolar disorder and substance abuse to co-occur.

Individuals that experience mixed bipolar symptoms may choose to abuse substances to balance them out. This then leads to bipolar disorder and substance abuse.

Why is it so Difficult to Diagnosis Bipolar Disorder?

Because other health conditions can cause manic or hypomanic behavior and mania and hypomania aren’t their own diseases, diagnosing mania or hypomania can be difficult. On top of that, doctors may initially assume that individuals that are experiencing depressive symptoms simply suffer from depression. Thus, it’s important to communicate in detail your symptoms with your doctor prior to him or her making an official diagnosis of your condition.

Substance addiction is relatively easy for doctors to diagnose. In fact, doctors can often give a concrete diagnosis for substance addiction based on the results of people’s blood tests, urine samples, and lab tests. Therefore, when individuals that suffer from bipolar disorder also struggle with substance abuse, doctors will most likely make a proper diagnosis of the dual diagnosis.

What Is Substance Addiction?

Prior to developing a full-fledged addiction to substances, an individual must also develop drug dependency. People that suffer from drug dependency experience withdrawal symptoms whenever they minimize or discontinue their drug or alcohol use.

To diagnose an individual with bipolar disorder and substance abuse, a doctor will first make a note of that person’s medical history. The doctor will then conduct a physical exam on the individual. Make sure to inform your doctor about any prescription medications that you’re already using at the beginning of your doctor’s appointment.

To treat the co-occurring disorder of bipolar and substance abuse, it’s vital that individuals treat the two conditions simultaneously. This is because both of the disorders can trigger the appearance of the other one. Therefore, if a person tries to treat one of the two disorders prior to the other one, the lingering disorder will trigger the re-appearance of the treated disorder in-between treatment sessions.

Grace Land Recovery is a dual diagnosis treatment center. Therefore, we specialize in treating co-occurring conditions such as bipolar disorder and substance abuse.

Here at Grace Land Recovery, individuals can also receive individualized and specialized addiction treatment for addiction to a variety of substances. We even offer our patients a variety of other unique mental health and addiction treatment programs and services. For example, Grace Land provides willing patients with everything from groups for mental health, anger management, and trauma, to groups for HIV education, nutrition, and spirituality.

To learn more about the other addiction and mental health treatment programs and services that Grace Land Recovery offers, contact us today! We would love to answer any questions that you may have about our dual diagnosis treatment center.

Common depressive symptoms of bipolar disorder are similar to that of the mental illness depression.

Some of these common depressive symptoms include:

Our mission is to help individuals achieve sobriety by getting to the root of their addiction issues. We also aim to treat the minds, bodies, and souls of our patients.