Statistics On Rehab For Men 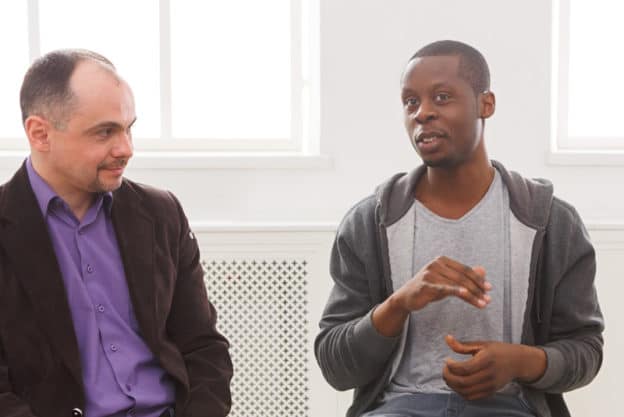 According to the National Institute on Drug Abuse (NIDA), approximately 5 million men reportedabusing alcohol or drugs in the past year. This shouldn’t be too surprising, though, since men are more likely to abuse illicit substances than women. In fact, 11.5% of males over the age of 12 suffer from substance use disorders. This is nearly double the 6.4% of females over 12 who suffer from substance use disorders.

There are many reasons why men are more likely to make certain decisions when it comes to substance abuse and addiction treatment. The same can be said for women struggling with substance use disorder. Throughout this article, you’ll learn some of the reasons why. This information will help show why separate rehab for men and rehab for women programs are often necessary.

Why Men Often Suffer From Addiction

It also doesn’t help that society often makes it more acceptable for men to be rowdy and drunk than it is for women. Some people would even argue that abusing illicit substances comes off more masculine due to societal standards. Thus, men are more likely to give in to abusing substances due to peer pressure.

As men get older, there are other factors that may contribute to why they abuse illicit substances at higher rates than women. For example, many people still expect the man in the family to be the financial provider.

Men experience addiction differently than women in a number of ways. Some of these ways are due to biology while others are due to differences in social standards for men and women.

The male body can biologically handle more alcohol than the female body. This is because the female body processes and metabolizes alcohol quicker than than the male body does. It also doesn’t help that women have less water in their bodies to dilute alcohol with. Furthermore, women have a higher liver volume per unit of lean body mass along with more body fat in general to absorb alcohol.

Women also have less alcohol dehydrogenase (ADH) in their bodies. ADH is the enzyme that helps break down alcohol. Because the female body contains less ADH than the male body, a higher concentration of alcohol is sent to the female bloodstream and brain after drinking than the male bloodstream and brain. As a result, women get drunk quicker from a smaller amount of alcohol.

These biological differences between men and women also cause men to drink more alcohol than women because they feel like they can. This could be a bad decision as men may overdrink and make themselves more susceptible to developing alcohol addictions.

When it comes to differences between how men and women experience drug use and addiction, men are more likely to use and become addicted to illicit substances. Once again, this is because men are riskier than women by nature.

On the other hand, women between the ages of 12-17 are more likely to abuse prescription drugs. This may be because females experience mental illnesses likedepression andanxiety at higher rates than men do. In fact, according to the National Alliance on Mental Illness, twice as many females experience depression as males.

Why Men Seek Out to Receive Addiction Treatment More Than Women

All of these factors may contribute to why men seek out rehab more than women do.

Because men seek out addiction treatment more often than women, rehab centers can really make use of their rehab-for-men programs. This is especially true since men abuse substances at higher rates than women and thus need to attend rehab at higher rates.

Here atGrace Land Recovery, we offer a variety of rehab programs that are individualized for certain groups of people. This includes rehab for men programs. Therefore, men can receive addiction anddual diagnosis treatment at our facility that caters specifically to their needs as men.

Rehab for men programs here at Grace Land Recovery also give men the opportunity to attend quality addiction treatment programs that they can focus on themselves in since there won’t be distractions from the opposite sex. This is ideal because the more you focus on your rehab program, the quicker you’ll be able to achieve recovery.

To learn more about Grace Land Recovery and the different individualized rehab programs that we offer, contact us. Our staff is more than willing to answer any questions that you may have.

Outpatient programs allow their patients to live in their own homes when they aren’t attending a rehab session.Partial hospitalization programs (PHPs) are outpatient programs that require patients to attend rehab for five to eight hours a day, five to seven days a week. Thus, PHPs are the most intense form of outpatient treatment. PHP forms of rehab for men programs are for guys with moderate to severe level addictions.

Standardoutpatient programs (OPs) require patients to attend rehab for approximately a couple of hours a day, a couple of days a week. OPs are the least intense form of outpatient treatment. OP types of rehab for men programs are for guys with mild level addictions.

Our mission is to help individuals achieve sobriety by getting to the root of their addiction issues. We also aim to treat the minds, bodies, and souls of our patients.